One of our readers, who told us to print his name as Tommy Africa was nice enough to share his experiences and send us images of his customized Nike Free 5.0’s with 4.5 sole linings. I thought the shoe looked awesome and he had a great story: 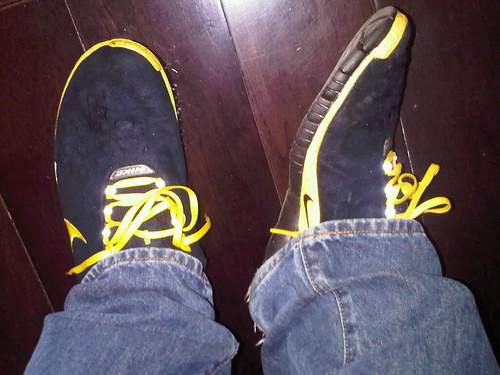 When I first saw the Nike Frees, I had my doubts about them. They sounded very gimmicky and the whole barefoot running shoes “movement” sounded like BS. I started reading up more information about reviews, user experiences and other “barefoot running shoes” and then decided to give it a try. I general run about 10K every other day or so so I am interested in the improvements of running health. I haven’t had any major injuries from running but sometimes I do feel some strain on my knees which causes me to stop running sometimes.

I decided to go to the store to check out the variety of Nike Free shoes that they had. (I know there’s a lot of new barefoot shoes popping up but I like to still go with the popular brands that have been tested and have huge corporations backing them. Maybe some day I’ll try some of the other shoes (I’m really curious about the Newton Running Shoes actually) but for now I’m still going with the tried and true shoes.

I looked at the store and tried the Nike Free’s on and I really liked them. I liked them because they were light and comfortable. I’m not sure how long they will last but I did like the initial feel of them. One thing that I didn’t like was the color of the selection. They had some boring variety of colors and some that weren’t boring but were just plain ugly (the green ones!) 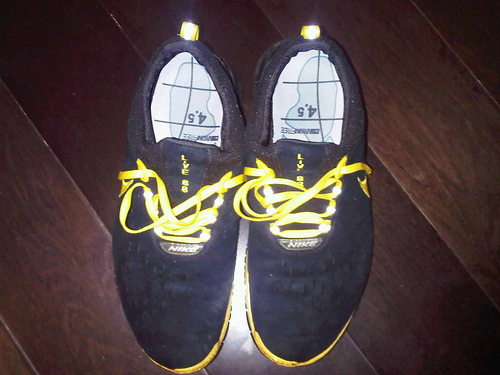 I decided to go online and get some that were custom colored so that I could get the comfort of the Nike Frees but also look stylish. I ended up going on the Nike website to customize my own colors (Just Google “Nike Customize shoes” or something similar and you’ll see how you can do the same thing).

After about a month or so of running in Nike Frees, I do think my leg’s a bit stronger, especially the calf area, although the improvement in strength will probably be lessened once I stop wearing the Nike Frees.

Now that I’ve had some experience in these new barefoot running shoes I really do think there is something to minimalist shoes. If there isn’t, they are at LEAST damn comfortable. The next shoe I’m going to try are the Vibram FiveFingers… those look very very interesting! 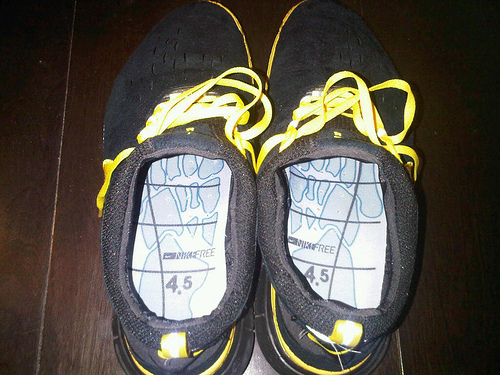 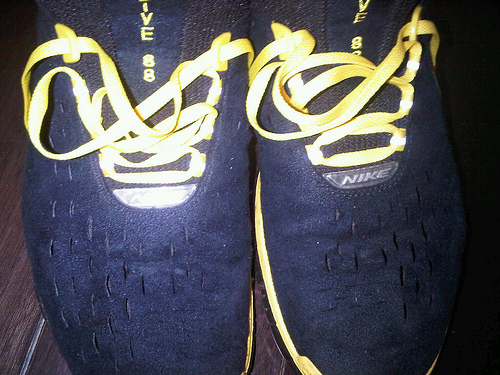