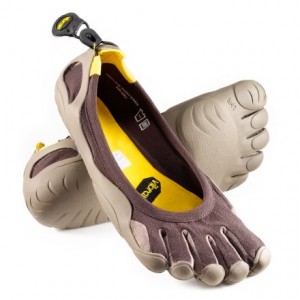 For Christmas my girlfriend got me a pair of Vibram FiveFingers Classic. However,  due to sizing issues and stocking issues I didn’t get them until about a week ago.   I’ve been eager to go for a run in them, but haven’t had a chance…that was until tonight.   I wasn’t sure what to expect, but I was thinking it might be a little similar to my run with my Nike Free 5.0’s.  However, after my first run I can definitely say that running in FiveFingers is very different than any shoes I’ve ever run in. 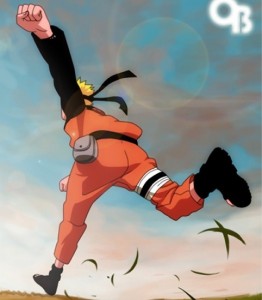 I never have or been a ninja, but if I were to imagine what running around like a ninja would be like I would guess it’d be similar to running in FiveFingers shoes.  It’s a very different feeling.  A very liberating feeling.  You don’t feel isolated from the road or ground and instead you feel much more connected with it.  I would say it’s akin to driving a convertible versus a regular hard top car.

All the barefoot running guides out there all tell you to slowly build up endurance when you first start barefoot running.  I’ve never really officially ran barefoot (other than a few times just messing around), but I figured if I was going to do this I was going to just jump in and see what happened.  I went for 2 miles.  The first thing I started noticing was how the temperature of the road seeps into the shoe.  You would think with its rubber sole that you would be more insulated from the road, but that wasn’t the case.  It was a chilly night and I felt that cold.  Later about a half mile into my run I stepped on a stone and I definitely felt it.  Like I said you feel a lot more connected with the road.

One of the running techniques I’ve been working on is trying to run with more mid-foot strike versus heel strike.  I tried this technique with the Nike Free 5.0’s, but I had trouble maintaining the form throughout that run.  However, with the FiveFingers Classic running mid-foot / forefoot strike was very natural and didn’t take much if any forcing.  It was like you were meant to run like this.  Running in this fashion only increases the ninja-like running feeling.  You kind of feel like you are shuffling forward as you run.

I did feel some aches and pains, but different from previous running outings.  About a half mile into my run my left calf started to feel some pain and both of my Achille’s heels seemed fatigued.  The Achille’s heel was probably due to not being used to running with the mid-foot strike, but I’m not sure about the left calf.   A mile later the balls of my feet started hurting mainly due to the repeated thumping they were taking again due to the new running technique.  Even with these slight aches and pain I plodded through.  It was bad enough where I had to stop.

After the 2 miles I did a half mile walk and that’s where the real fun began.  It’s such a surreal feeling once you stop running especially since I wasn’t used to running barefoot.  I was walking all funny and felt like I was floating.  I felt a my calves a lot more tired than they ever get while running.

Overall, the run felt great and it was fun to experiment with these shoes and a new running technique. I’m definitely looking forward to putting some more miles on these shoes and seeing how I progress.  The Nike Free’s were pretty good, but I definitely like these Vibram FiveFingers Classis more for running.