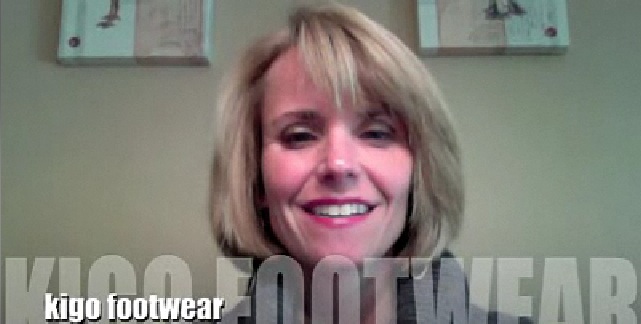 If you ask any barefoot shoe “expert” (or someone like us who follow the trends) we know all the usual suspects: Vibram FiveFingers, Nike Free, New Balance, Inov-8, etc…  But what’s the one thing they all have in common?  Give up?  They are all large well established companies.  These are guys who have been making shoes for 10’s of years and over.  You would think that with such established companies that no one in their right mind would create another shoe company to challenge the “Goliaths” of the minimalist shoe industry.  It’s probably because of that that I’m a fan of Kigo Footwear.

Kigo Footwear started in 2009.  They started the company by raising money from their friends and family.  Since then they’ve been consistently growing and learning.  Now they want to take their company to the next level by working with manufacturer’s in China (like many of the Goliaths already do).   To do so Kigo entered the British Airway’s “Face of Opportunity” contest where entrepreneurs pitch their idea to viewers like you and I where we select who we think deserves the grand price. This is what Kigo said:

British Airways is offering a round trip ticket anywhere BA flies, along with other amazing opportunities to 250 small businesses.  kigo footwear is competing to be one of those winners. We will put the plane tickets toward a design trip with our manufacturer. We’ve been working on some really exciting updates to our shoes, assisted by some of the brightest minds in the outdoor and athletic minimalist market, and the opportunity to communicate these designs in person will make our shoes even better for you!

I was curious what else the prize entailed, so I looked it up:

1. An invitation to exclusive networking conferences in New York and London with industry leaders Bill Rancic, Bethany Frankel and Barbara Corcoran on February 2-4, 2011.

2. One flight after London events to any British Airways destination.

3. For video entries, the top three companies will be invited to present their business pitches for the chance to win airfare for 10 free business flights.

Considering it’s British Airways it’s not surprising they are giving away airplane tickets.  But the networking opportunity is not bad.

If you get a chance check out the following link (Kigo British Airways Pitch Video), watch their pitch video and if you think they deserve it, go ahead and cast your vote for them.  If you really want them to win cast another vote 24 hours later (they allow you to recast votes every 24 hours).  The more competition in this space the better shoes we get to enjoy.