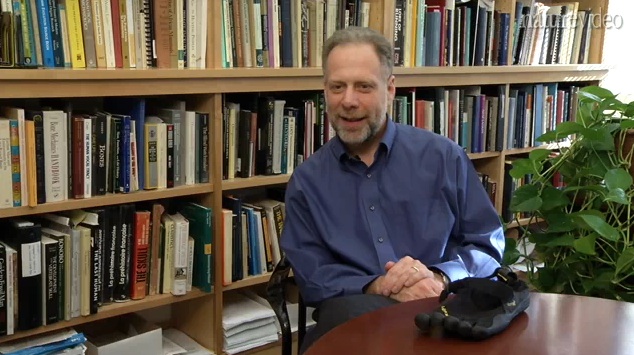 One of the hardest things to figure out when reading stuff on the internet is if the story or thing they are writing about is legit or not.  There are so many people selling and promoting random stuff online that it’s often hard to separate truth from fiction.  When I heard about barefoot running I was a little skeptical (as I think most people should be at first), but after reading more stuff online and doing my own research I was convinced that barefoot running had a lot of merits.  Of course this was my opinion at the time, but yesterday Harvard Researcher Daniel Lieberman, Professor of Human Evolutionary Biology, published his results to a study in Nature studying exactly what everyone is wondering: are shoes or barefoot better for you?

The quick answer is yes, barefoot running, or more specifically barefoot running with a mid-foot strike (meaning your mid-foot hits the ground first as opposed to your heel first) is better for your body.  The longer answer is that running with shoes or without shoes generates the total peak stress on the lower body.  However, the stress is more spread out over time when mid-foot unshod (no shoes) running. With shod running and heel striking first, the sudden impact of the heel hitting the ground first creates a lot more stress at that moment which the researchers hypothesize is what leads to everyday running injuries that many experience.

SciBlogs got a hold of the paper and summarized how they came to their conclusion:

What they found was this:

Groups 1 and 5 (the habitually heavily shod, as it were) generally hit the ground with their heels, both when running with and without shoes.

Groups 2 and 4 (the originally unshod) generally landed on the balls of their feet in both situations, and occasionally used mid-foot strikes (when shod in group 2, and unshod in group 4)â€¦ 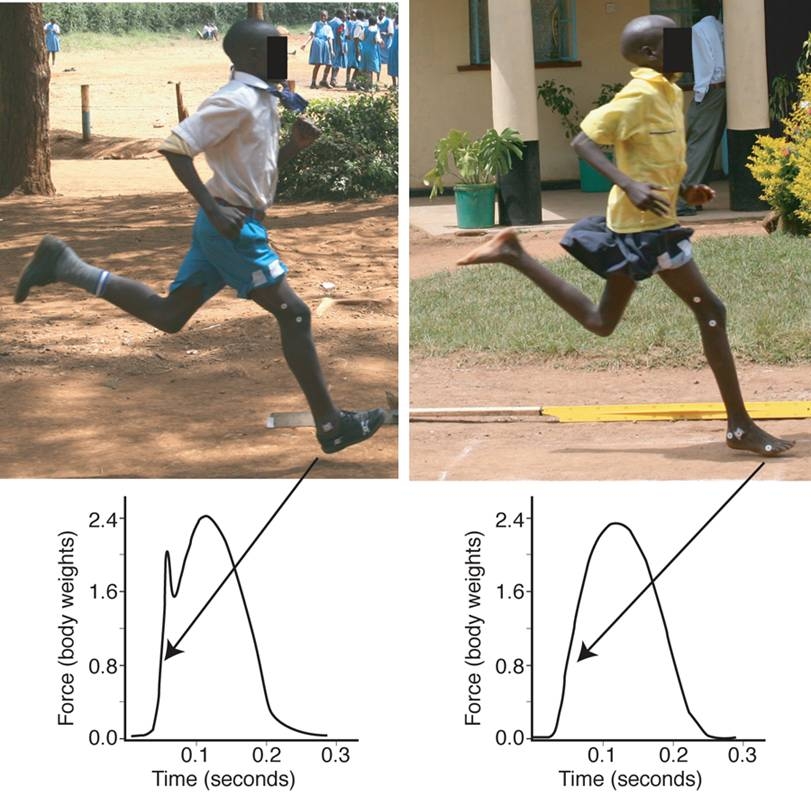 â€œThis image compares two Kenyan runners from our study at the moment just prior to foot strike plus representative force traces below. The subject on the left has been shod most of his life and lands on his heel (a rear-foot strike)l, causing an impact transient: a rapid, large collisional force within a few milliseconds of impact (not unlike being hit on the heel with a hammer with a force several times one’s body weight). The subject on the right has never worn shoes and lands on outer the ball of her foot before bringing down the heel (a fore-foot strike). This kind of landing is comfortable without shoes because it avoids any collision. The paper explains why forefoot and some mid-foot strikes avoid collision forces at impact.â€œ

Dr. Lieberman has even setup his own website where you can learn all about barefoot running.  From there you can watch these videos to see the difference of heel striking stresses and mid-foot stresses.  I’ve included those videos below.

More interesting than those videos is a special Nature did about barefoot running and Daniel Lieberman’s research.

What’s great about him is not only does he talk about the results of his study, but the fact that when he started researching barefoot running that he decided the best way to see if this style of running was good or not was to just do it.  He’s been running ever since.

Did you notice what shoe Dr. Lieberman had on his table as he was talking?  That’s right, none other than the Vibram FiveFingers! Looks like the KSO.

It’s not surprising considering that part of his research was funded by Vibram.  However, don’t despair and think that his results are biased.  His research doesn’t even look at Vibram and instead is just looking at barefoot vs traditional athletic shoes.  So the chances that he would make this up are pretty slim (since there’s no real advantage).