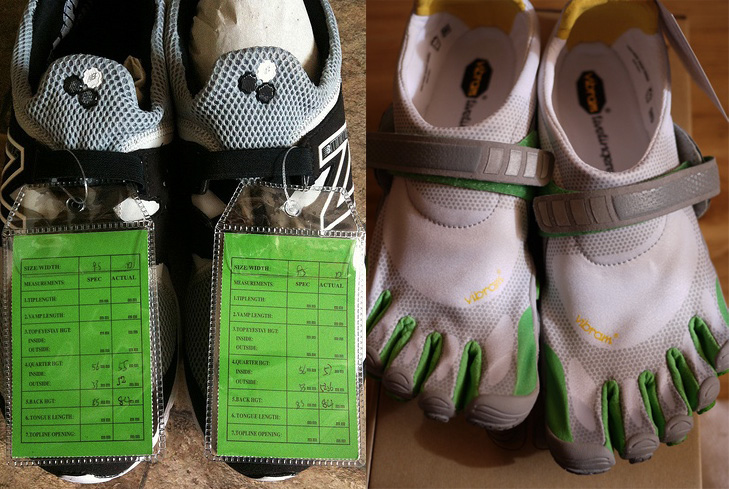 We just got some exciting news from our friends over at New Balance about their upcoming barefoot-inspired shoe line called the “Minimus”.

If you weren’t aware New Balance is or has been working on their own line of dedicated minimalist shoes.  With all the popularity that Nike Free and Vibram FiveFingers have been getting it only makes sense that New Balance would officially jump into the barefoot fray themselves.

Even though the Minimus line doesn’t go on sale until March 2011, New Balance plans to officially debut the Minimus publicly for the first time at the 2010 Outdoor Retailer Show next week in Salt Lake City.

In preparation for this exciting launch New Balance recently just posted an interview with the Minimus’s product manager, Katherine Petrecca (pictured on right). You can read the whole interview here. Below are some of the highlights from the interview.

What’s interesting to see is how New Balance views barefoot shoes and how the Minimus fits into that equation:

With NB Minimus, the idea is to balance this desire to deliver a “closer to barefoot” experience with the realities of the terrain on which people are running today, and the fact that most of us have been raised in shoes. With that in mind, for NB Minimus we developed a new, more anatomically-correct last, along with midsole heights specifically-engineered to deliver more natural movement, and better form.

We’re pretty excited for the Minimus and can’t wait to try them out. Even before that we are pretty curious to see what the look like. After a quick google search the only thing I could find was a half covered prototype of the Minimus (courtesy of Flickr user phungy.iphone). 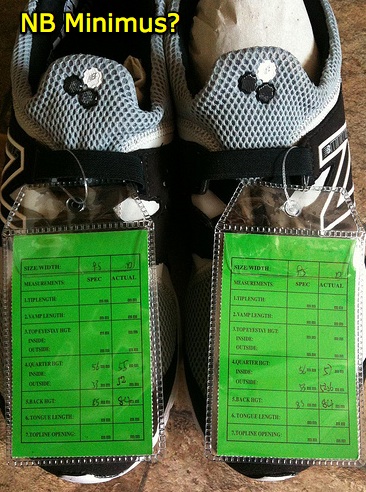 We can’t confirm if this is actually it, but for now that’s what all we have until next week when New Balance officially announces the shoe.

On the interview page they do give us some teasers (see below) on what this shoe may look like. 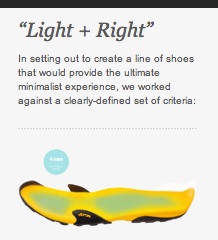 So using our internal shoe rendering programs (ie namely myself and my photoshop skills) this is what the Minimus could look like when released. 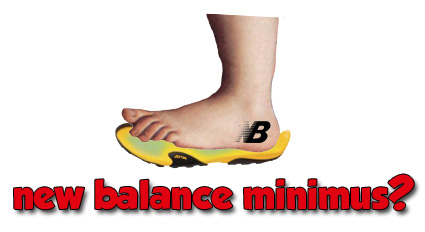 Until then we’ll just wait with anticipation. We’re confident it will be worth the wait come March 2011 when they become available.

Katherine was kind enough to inform us that the Minimus is actually the name of the entire shoe line New Blance is planning on launching in March, and not specifically a name of a shoe.  What has been confirmed is that there will be 3 different models during launch…

3 different models: running, trail running & wellness. All of the models share key elements of reduced stack height, 4mm heel to toe drop, new last and extremely low weight. But the sole and upper of each has been tuned for different end uses.

Thanks for the clarification!