Youtube and the internet are great.  Just when we had given up all hope of finding out what the upcoming New Balance Minimus line of shoes would exactly look like (which forced us to guess what any of the Minimus shoe would look like) we found an online video.

Check out the video that features the New Balance Minimus Trail sneak peak below below.

As you can see it’s a marketing video put out by New Balance.  I normally can’t stand these kinds of “advertisements,” but I liked this video.   It definitely seemed more real and genuine than other promotional stuff I seen where it’s some super star celebrity slam dunking over kids.  This video on the other hand  is not an “in your face” ad for the shoes, but instead a seemingly genuine interview with a bearded guy who likes to run.  So that means it has to be good right?

Turns out the bearded guy is a champion ultra marathon runner named Anton Krupicka.  Besides being bearded, Anton is not only known for logging an insane number of miles a week and running ultra marathons (100 mile races),  but for running barefoot as well.  If you want to learn more about  Anton be sure to check out his profile on BackCountryRunner.com.  It’s a pretty cool read.  Here’s my favorite quote from the bio there:

Anton has a unique approach to training and competing which is termed by others as a â€˜return to simplicity.’ He advises people to ditch the training plans and to not get caught up in conventional gadgetry such as stopwatches, camelbacks, heart rate monitors, and energy gels. He sees running as an opportunity to return to a more primal state of being and encourages others to let running return to its simpler, original state. His training plan appears to be to simply run and run as much as possible.

The guy seems cool and by all definitions of the phrase, “down-to-earth.”  All of this which makes the New Balance Minimus Trail running shoes that much cooler and compelling.  If it’s good enough for Anton who runs 200 miles a week, it’s got to be good enough for me who runs 1 mile a week.

There are some great quotes from him in the video.  Here are my favorite.

Does wearing barefoot shoes make you a better runner?

Luckily the video features some good photos and sneak peaks at the upcoming Trail Minimus shoes.   As we discovered when New Balance shared some Minimus teaser photos with us, Vibram is supplying the sole of the shoe.  You can notice the trademark yellow logo on the bottom of the shoe. 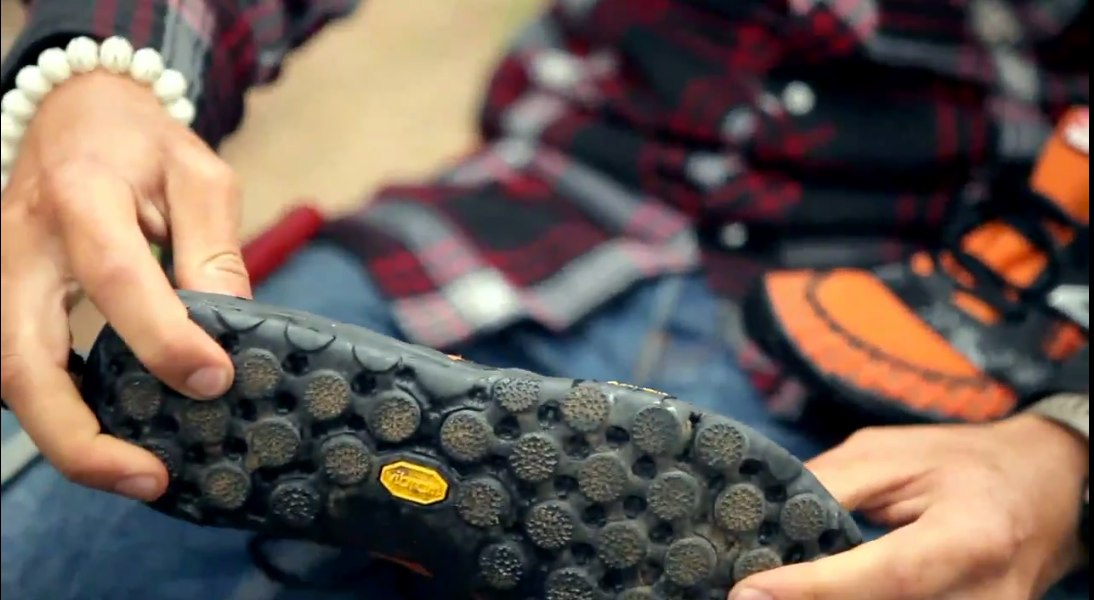 It also looks like the shoe is light weight, breathable, and easy to slip on. 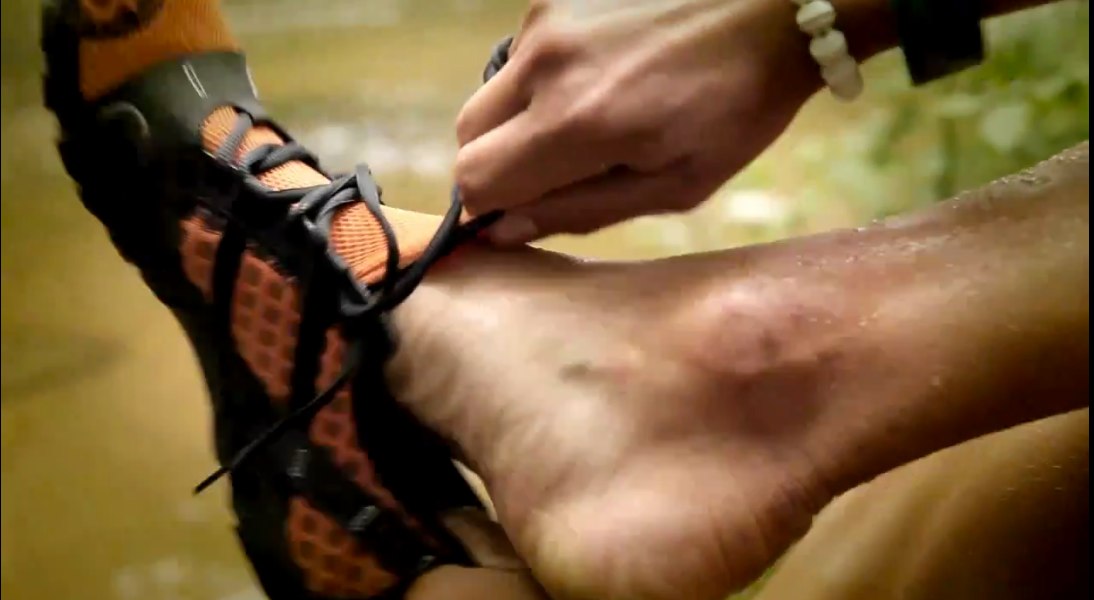 Well that’s enough blabbing from me.  Just check out the screen captures for some closer true looks at the shoe.  Enjoy the shoe candy.   I’m thinking it’s time for me to start growing a beard to prepare for Spring 2011 when these shoes come out. 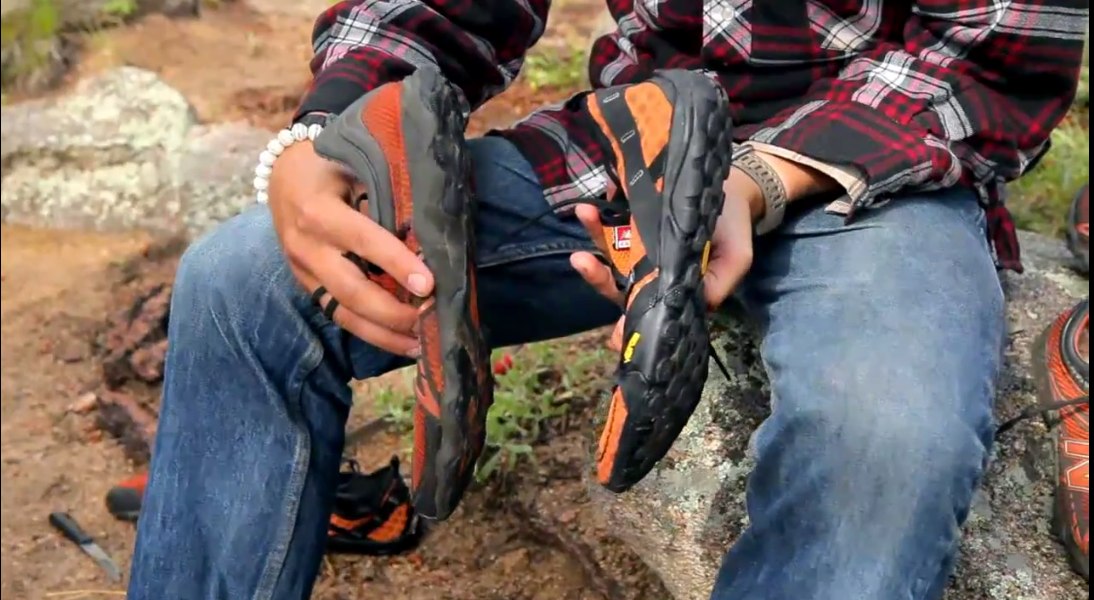 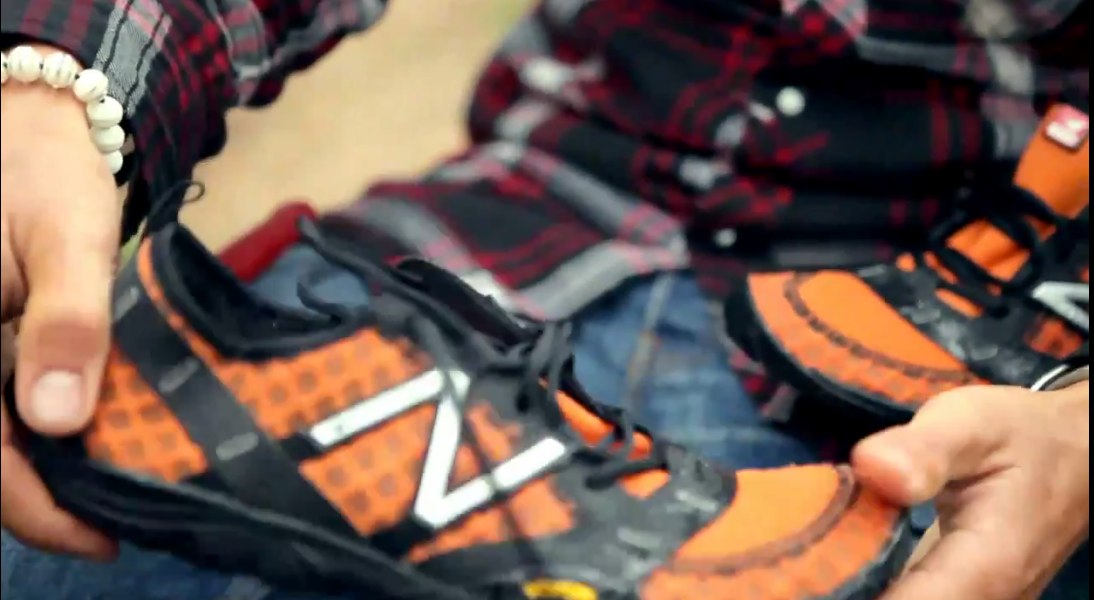 Here’s a good clean focused shot of the NB Minimus Trail from the side: 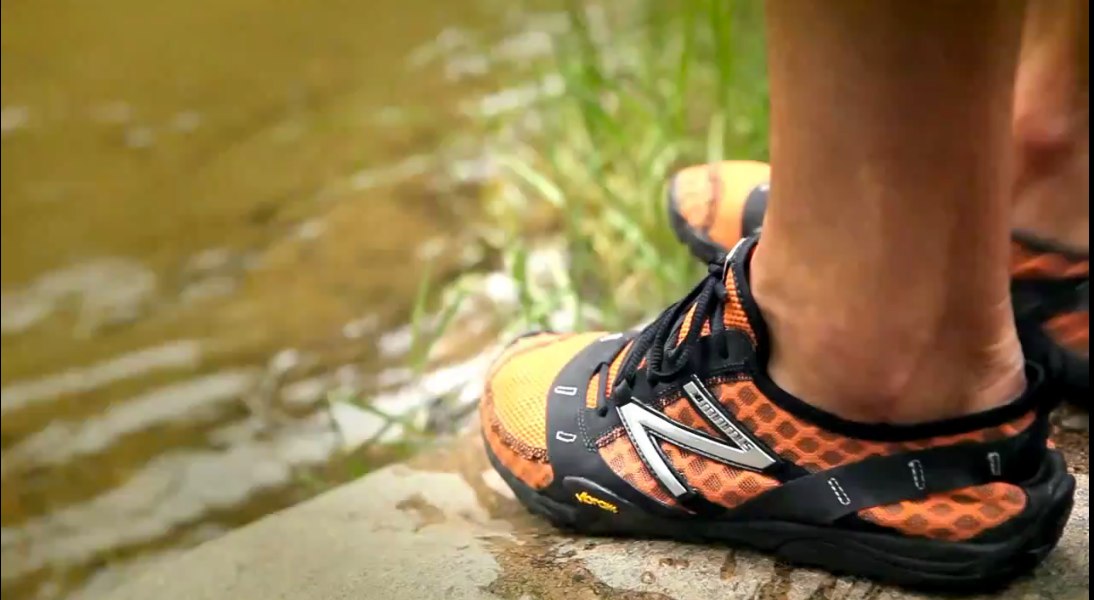 What do you guys think?  Are you excited like me?  Or you guys happy enough as it is with your FiveFingers or other shoes?