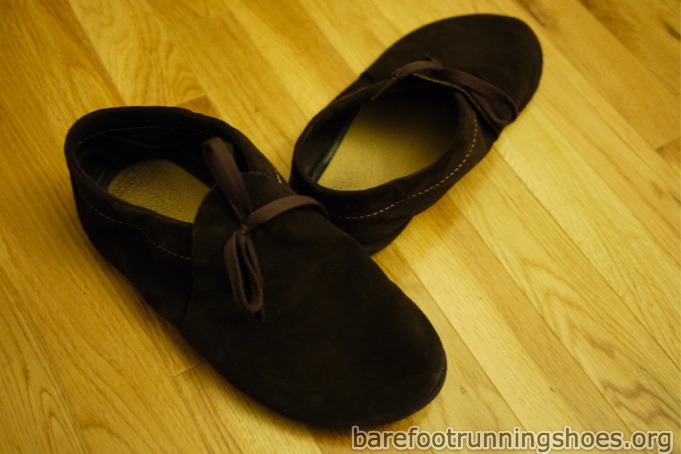 When I think of barefoot running shoes the first image that comes to mind are Vibram FiveFingers shoes; minimal shoes, that resemble your actual foot. Probably the last thing I would think of are Soft Star Shoes RunAmoc. But lucky for me, even after my being slightly turned off by the looks of the shoe during the RunAmoc’s first impression, I’ve learned you can’t judge a barefoot shoe by it’s outer sole. Put simply, the RunAmoc is my favorite barefoot shoe.

Soft Star Shoes has been in the business of making hand crafted (that’s right all their shoes are handmade) minimalist footwear in the US for over 20 years. That’s way before people started calling footwear “minimal.”

What makes the RunAmoc Chocolate interesting? Here is the quick rundown: 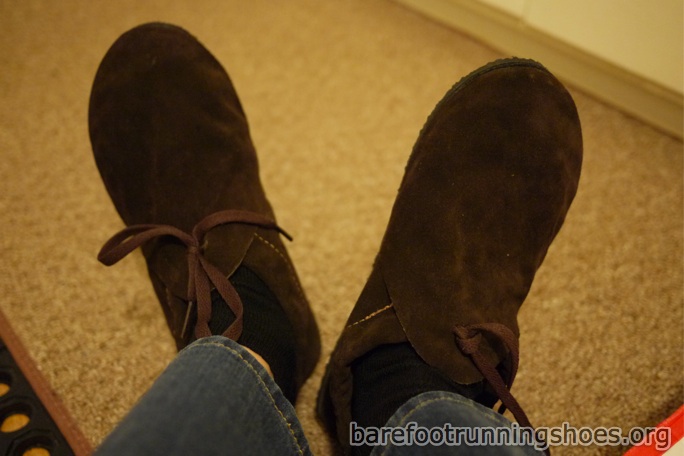 I’m not going to sugarcoat it. I thought these shoes were fat and ugly when I first saw them. They weren’t as athletic looking as the Nike Free’s or as eye catching as FiveFingers. They were flat and dumpy looking; the ugly duckling of barefoot shoes.

I don’t think it’s just me that thinks this either. I’ve been wearing these shoes a lot for the past 2 months; to work, going to the mall, concerts, etc… I’ve been wearing these shoes in public. It’s not so much what people have said about the shoes being ugly as it is as just reading the expression on people’s faces. When I would wear my Vibram FiveFingers Classic out people would definitely do a double take when they saw me walk by. Some times I would hear whispers behind me as two people would talk about my shoes. Or often or not people would just come up to me and ask me about the shoes. The FiveFingers generated buzz. They stood out and were bold.

Contrast this with my RunAmocs.   I notice people will look down on my shoes and stare as they walk by…but not in the fascinated look, but from my interpretation a “why in the world are you wearing those shoes” look. Of course I have no clue what they are really thinking, but I think I’m right.

For those of you who are too cool for school when it comes to fashion these shoes probably aren’t for you. But these shoes definitely grow on you as you wear them. The biggest way they grow on you is just being so comfortable that you don’t care what people think cause you are feeling good. They are just that darn magical. 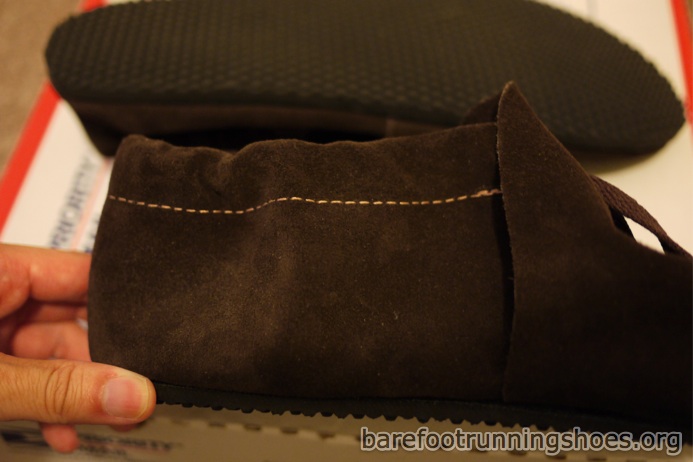 I feel like these shoes seriously were built with love. You can see that in the leather they choose, the stitching and overall attention to detail. The craftsmanship is top notch. If you have any qualms about buying shoes made outside the United States then you are in for a treat. There aren’t many shoes which are still made here anymore. 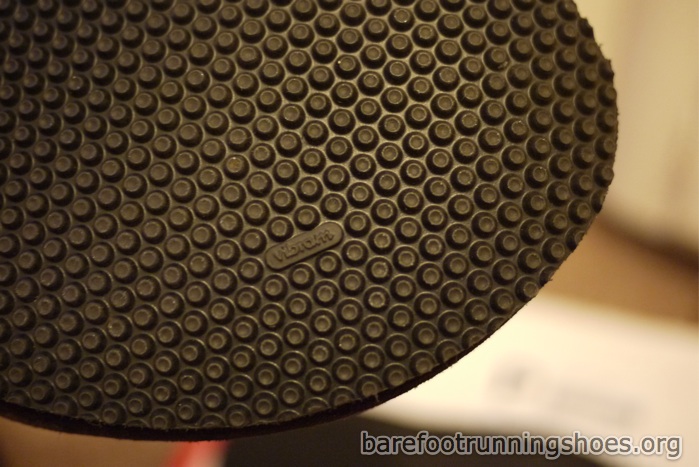 Oh, one more thing to add is that the bottom of shoe, the sole is also made by Vibram.  Not exactly FiveFingers, but there is a loose connection. 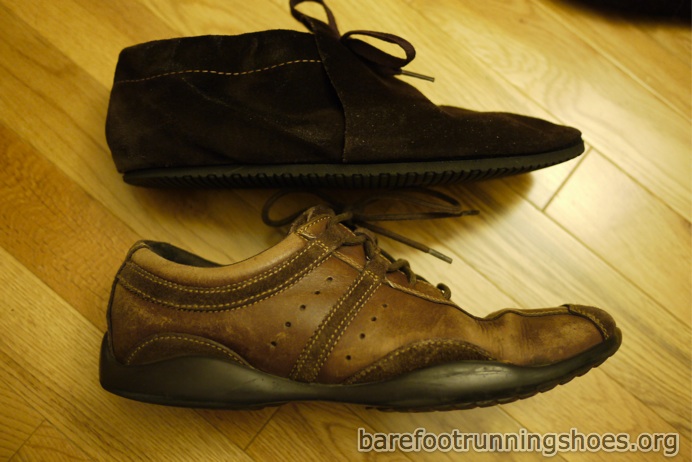 This shoe is special in many different ways. Here are some points of particular note:

The only real issues I’ve had so far have been in the beginning where my feet were adjusting to the shoes. Also because the shoe is not as tall in height you might have issues with your jeans or pants rubbing against the ground. 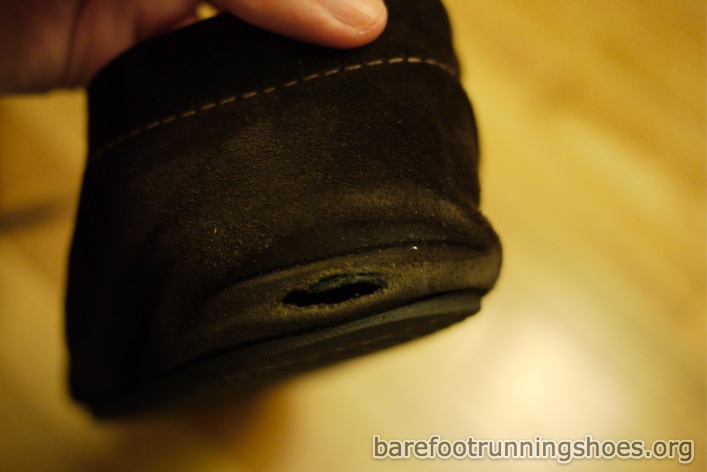 The other thing I noticed just today when I snapped some pictures for this review is that I’ve managed to rub a hole into the heel. I have been walking a lot in these shoes and I think because of the looseness the there’s just more friction which might have caused the hole. Hopefully this is not a problem a lot of people have.

I’d recommend these shoes to anyone who wants a comfortable, well made, minimalist shoe. The version I had was the Chocloate leather version, but they also come in a lighter version (made of a more breathable material) where you can choose between red RunAmoc or a  black RunAmoc.