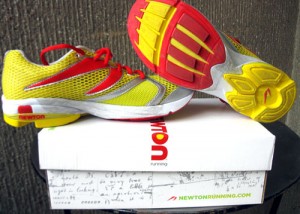 It has been said that the body’s reaction to a controlled fall is mainly due to the physics of motion, as described in walking and running per se.  The body finds its balance by directing the center of mass near the pelvic area, with this, added natural base of support is then given by keeping both feet apart. As the person then stands, the shift of mass concentration shifts and is now redirected directly above the base of support. And as motion is initiated, the shift of weight differs thus causing alteration of base of support which now brings forth a downward directed force that would initially cause a forward motion as though the person is tipping forward. Such instigates the act of walking, and because of the ability to control one’s movement, the biochemical theory now stands that such act can be explained as nothing more than a controlled fall.

The law of gravity is mainly responsible for the force that would initiate a reaction to be moved and pushed forward, and such is explained by the law of gravity by Sir Isaac Newton which defines the actual pulling force and attraction of all objects that has mass.

Now in line with this concept the Newton Running Company took its name from the father of modern science himself, due to his contribution and profound insights in the fundamental forces of physics that has helped us understand clearly how our universe functions. By this idea the company aims to revolutionize the mere thought of mundane running motion and create a well patterned product that would give new light to the art of running in the tangible form of Newton running shoes.

Having said all these, the evolution that has taken its toll now has made Newton running shoes so special, because of how it has been carefully crafted to conform to our natural capacity as runners which would enable us to make use of our mid foot rather than that of our heels encouraging the user to tilt and be pushed forward effortlessly gaining more speed and proper redirection of force to the body. 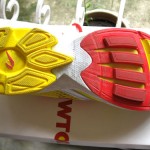 It is specially made to possess a rubber actuator lugs that is situated almost half an inch at the base of the forefoot. This design is made to act as the primary absorber of shock upon impact to the ground, which then would create a rebounding motion to be used as a lever by the runner to make a stride with less effort than usual. The pattern of Newton running shoes mimics the natural way of running bare foot and has further improved its performance by providing actuator lugs that functions to absorb the impact and propels energy back to the user as manifested by increased speed with comfort and ease. 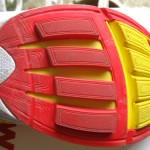 The shoe weighs 9. 4 oz, which is by far close to wearing flats rather than that of an actual running shoe. It is very flexible, and because of the actuator lugs that serve as a cushion to the impact, the runner can benefit from improved balance which in turn could prevent injuries. The different types of shoes available can either come with a classy yet spunky look for men and women. Aside from the Distance U, Distance S, Lady Isaac Women’s Trainer, Sir Isaac Guidance Trainer which are all made to deliver utmost performance, comfort, and speed the most popular of which is still the Newton Gravity Trainer with its shoe color of red and silver that makes a robust impression, the design is best known for its specialization on midfoot running that would then be a leverage to good long run with ease.

The brilliantly crafted idea of the revolutionized Newton running shoe is now making its way to be the leading choice of people who wish to either be in touch with the natural sense of running or to those who medically adhere to the benefits of such creation.